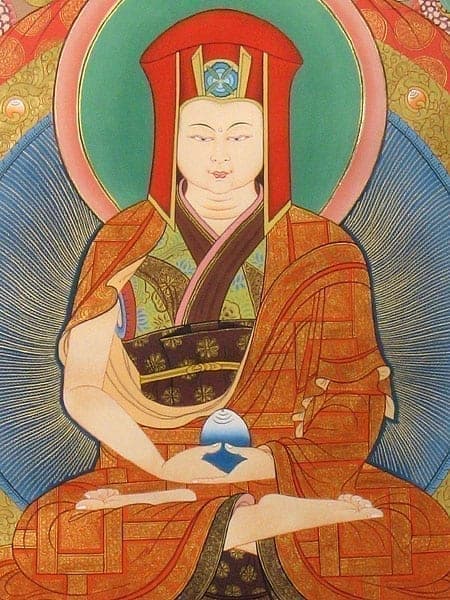 Gampopa “the man from Gampo” Sönam Rinchen was born in Nyal, Eastern Tibet, he first trained as a physician, hence his name Dakpo Lharje, the Physician of Dakpo (the name of the province in which he was to spend many years), became ordained at the age of 26 after his two children and wife died in an epidemic. After studying and practicing the Kadampa teachings, at the age of 32 he met Jetsün Milarepa, of whom he was to become the foremost disciple.