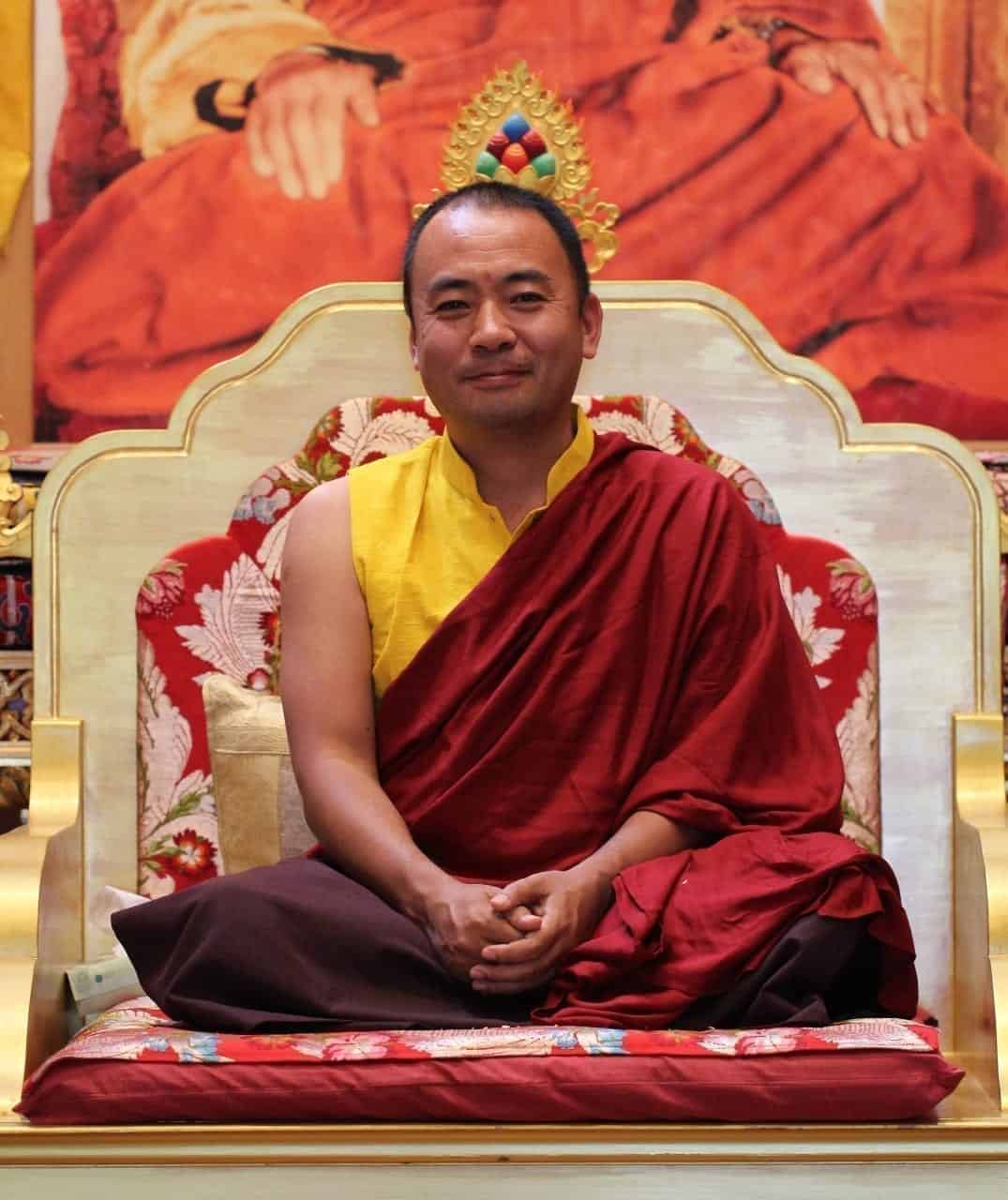 At the age of seven, he was taken to his monastery—the Pema Ewam Chögar Gyurmé Ling Monastery—in Bir, India, and en­throned by Kyapjé Dilgo Khyentsé Rinpoche in Clement Town at the monastery Ngedön Gatsal Ling. Before arriving in his home monastery he was also enthroned in Rumtek by H.H. Karmapa. He has received the transmissions of the Kangyur, Nyingma Gyübum, Nyingma Kama, Rinchen Terdzö, and Chokling Tersar as well as many other teachings from Kyapjé Dilgo Khyentsé Rinpoche. Orgyen Tobgyal Rinpoche, one of the sons of the previous Neten Chokling Rinpoche, participated in the education of his father’s reincarnation before transferring to him the full responsibility of his monastery in 2004.