Chökhor Düchen Celebrating the First Turning of the Dharma Wheel 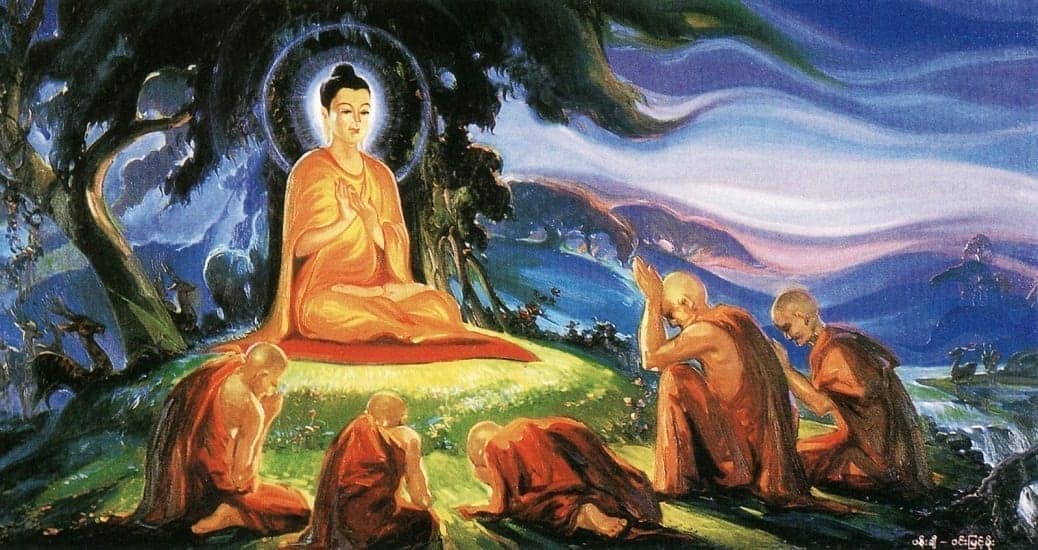 As followers of the Buddha, we joyfully recall the beginning of his long teaching career.  Also, we take time to reflect upon these teachings and rejoice in the merit of enlightened activity. Traditional texts explain that after the Buddha realized awakening beneath the Bodhi tree at Bodh Gaya, he spent seven weeks there engaged in a series of contemplations.  At first, he was reluctant to teach, fearing that people would not understand his message.  But, according to the written accounts, the gods Indra and Brahmā persuaded him to share his discovery of truth.  But the Buddha took the time to seek the appropriate audience for his message. He journeyed to the Deer Park at Isipatana. We now know the site as Sarnath, and it sits about 8 kilometers from Varanasi in northern India.  And there he turned the wheel of the Dharma for the group of five companions with whom he had previously practiced austerities.

You can find more information about Chökhor Düchen HERE