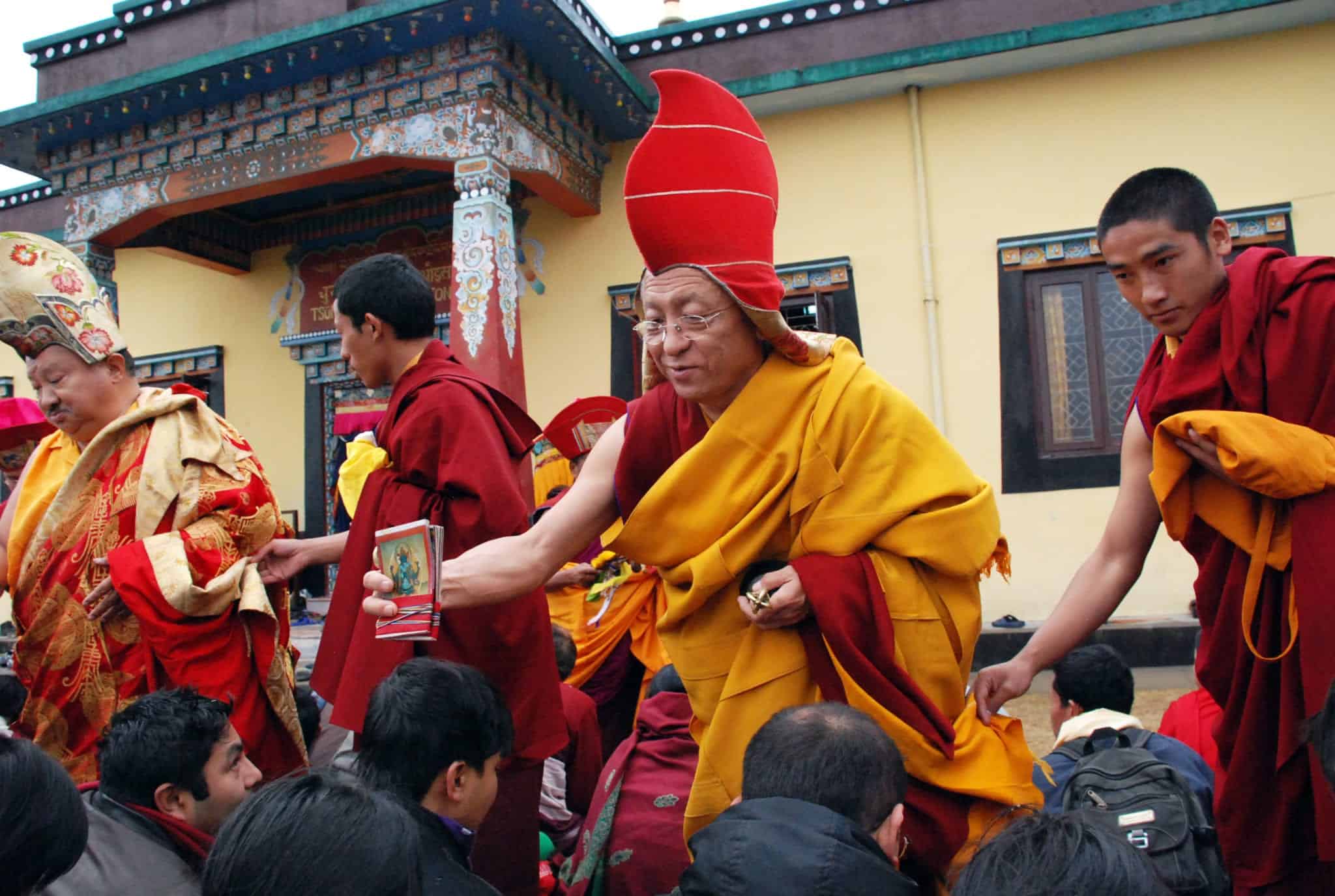 This year, the annual Losar (Tibetan New Year) puja will be presided by Yangsi Urgyen Rinpoche, Tulku Pasang, and Tulku Jampal Dorje. Calendar of Pujas and Drubchens from January until April 2020: January 21 to 23 Raksha Tötreng Tsal Ka-Nying Gompa February 2 to 10 Ngakso drubchen Nagi Gompa February 16 to 22 Vajrakilaya Gutor puja Ka-Nying Gompa February 17 Tulku Urgyen Rinpoche Anniversary Ka-Nying Gompa February 23 Sang offering Ka-Nying Gompa February 24 to 26 Losar March 2 to 10 Tsekar drubchen Ka-Nying Gompa April 1 to 9 Ngakso drubchen Ka-Nying Gompa   Drupla Sherab Dorje provides the explanation of why we follow the same program of pujas every year. We begin with three days of intense practice of Raksha Thötreng Tsal, a wrathful manifestation of Guru Rinpoche. This practice is effective in dealing with a specific type of obstacles that are recurrent (for example, illnesses that occur to the same person every month or year, or the same illness happens to different members of the same family) or cases of different members of the same family who suffer untimely deaths in similar circumstances. A few weeks later we practice confession and mending of samayas with the Ngakso drubchen. The first drubchen always takes place in Nagi Gompa Nunnery, located in the hills of the Shivapuri National Park and was Kyabje Tulku Urgyen Rinpoche’s main seat for many years. In all the pujas we have a section of the practice in which we confess, but the Ngakso sadhana, arranged by Chokgyur Lingpa, is considered the best method to confess and mend samayas. It is because, first, the sadhana goes one by one through all the vows and samayas of a Vajrayana practitioner; second, because the support for the confession is the mandala of the hundred peaceful and wrathful deities. Drupla Sherab Dorje explains that the effect of the confession is stronger when using such mandala as a support. The one-day Ngakso puja is practiced once a month in the last day of the Tibetan month, and twice a year it is practiced in a 9-day drubchen, one before Losar in Nagi Gompa, and the other after Losar. The first Ngakso drubchen is followed by the Vajrakilaya Gutor puja. Vajrakilaya is the embodiment of enlightened activities of all the buddhas, and this sadhana is a method to accomplish these. The Vajrakilaya puja ends with a ritual dance in which the spectators get an opportunity to see the mandala and activities represented in the text in a three-dimensional moving mandala. After the Vajrakilaya puja and one day before Losar, we do an elaborate Sang puja, a purification practice in which we make offerings that are burned, turned into smoke, and offered to all beings with the purpose of removing obstacles and practicing generosity. The next three days is the Losar celebration. On the first day we attend a ceremony in the monastery and visit all Rinpoches and lamas to make offerings and wish them a happy new year. The other two days of the new year are celebrated at home and visiting the family. On the 8th day of the first Tibetan month starts the White Amitayus drubchen, a 9-day practice for long life. Drupla Sherab Dorje explains that, once we have purified ourselves and practiced to have all good conditions for our life and practice, we need time! That’s why all Dharma practitioners perform practices to have a long life, and the White Amitayus drubchen is a wonderful practice for this. To complete this series of practices, we get together for a second Ngakso drubchen, which takes place in the Ka-Nying Monastery in Boudha, to purify and mend all samayas so that all obstacles are dispelled and the best conditions are gathered for the new year!