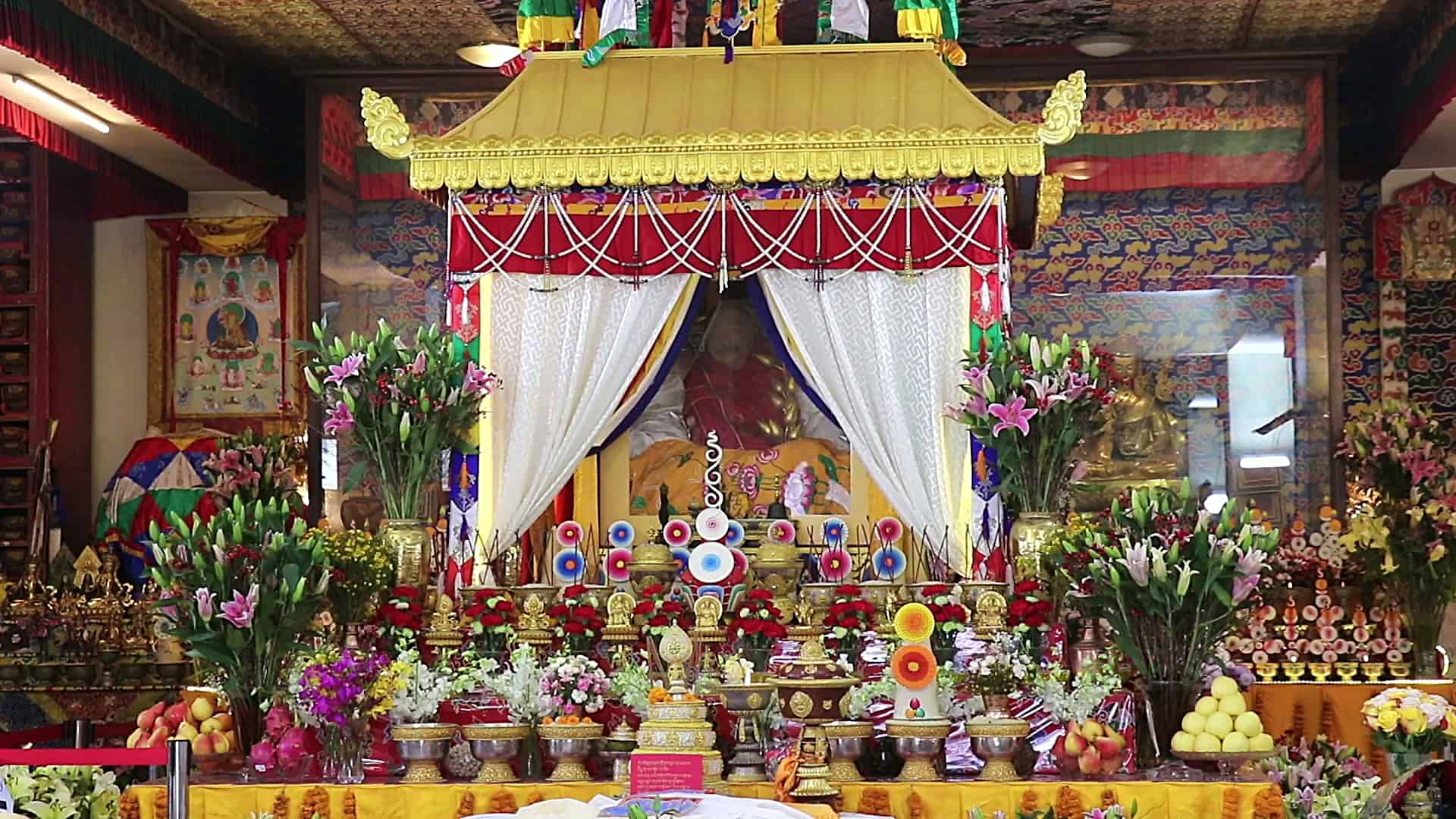 Adapted from the post from Shedrub.org, the Online Home of Tulku Chokyi Nyima Rinpoche. Images courtesy of John Harris.

The monks from Ka-Nying Shedrub Ling, together with monks and nuns from its branch monasteries and nunneries, will perform the Ngakso Drubchen from January 29 to February 6, 2021. It is being performed as a means of purifying any trace of degenerated samaya with the lineage masters, specifically Tsikey Chokling Rinpoche, to create auspicious circumstances for his swift rebirth, and to make opportunities for the sangha to accumulate merit during this important time. This puja is a continuation of the daily ritual practices that are being performed after the passing of Tsikey Chokling Rinpoche by the lamas, monks, and nuns of the lineage of Tulku Urgyen Rinpoche and all those who were connected to his vast mandala of blessings. The Ngakso Drubchen is also performed annually each February at Nagi Gompa in Shivapuri, Nepal. 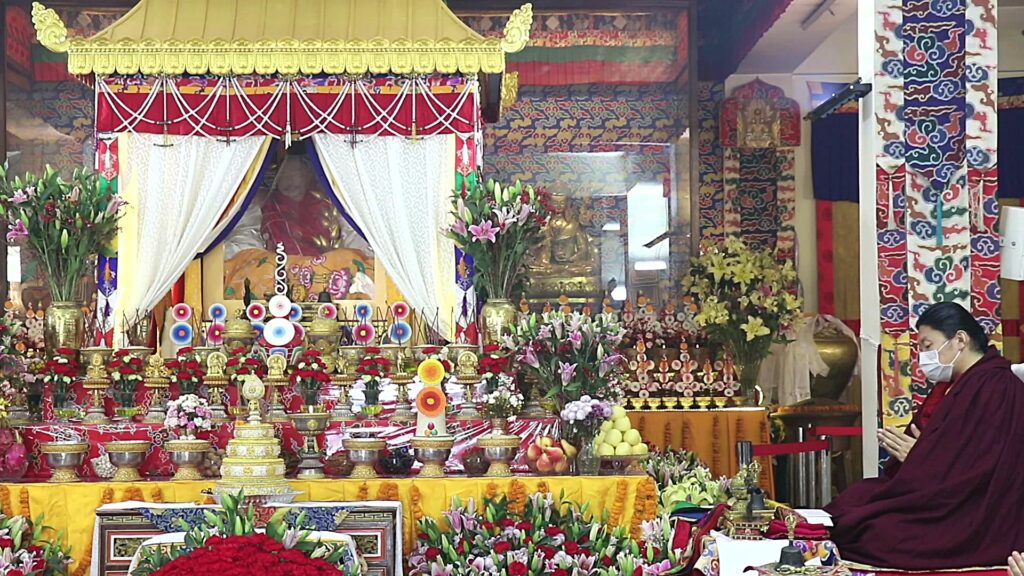 The Ngakso puja is short for Ngak kyi so jong, which means “mending (faults) by means of mantra.” Drubchen means “great accomplishment,” and refers to the ritual practices performed intensively over the period of nine days. It has been described by many great masters that fully participating in a Drupchen puja with one’s body, speech, and mind carries the same blessings and may confer equal realization as a three-year retreat. 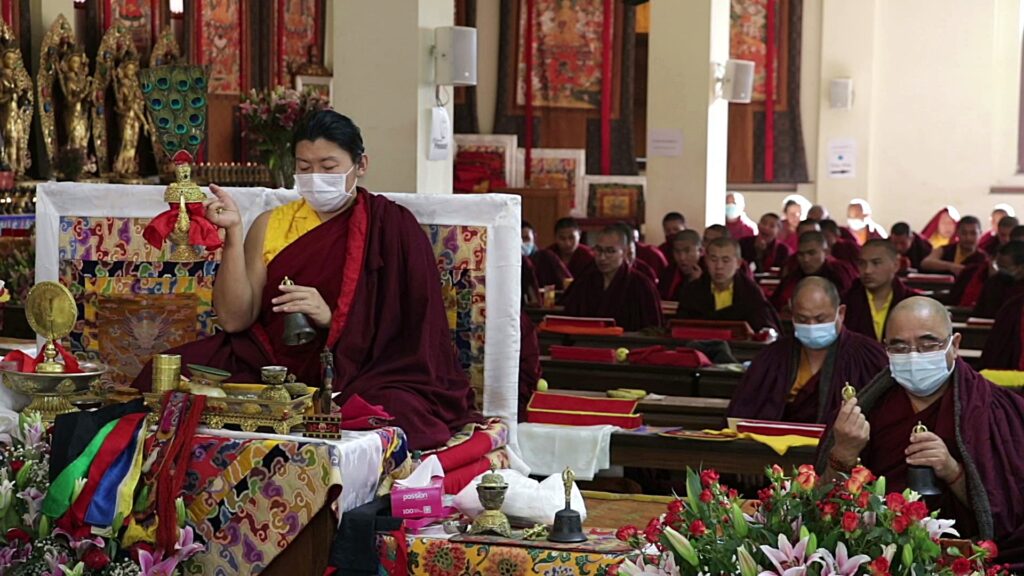 This tantric sadhana is a terma, or hidden treasure, concealed in Tibet by Guru Rinpoche, and rediscovered centuries later by the incarnated great treasure-finder, Terchen Chokgyur Dechen Lingpa, of whom Tsikey Chokling Rinpoche is an incarnation. The practice is the most extensive form of the outer level Tukdrub Barche Kunsel (The Heart Practice Which Dispels All Obstacles) cycle of practice from the Chokling Tersar (New Treasures of Chokgyur Lingpa). This is the sadhana associated with the widely practiced Barche Lamsel prayer, which is recited by monks, nuns, and laypersons in practically all lineages of Tibetan Buddhism due to its widely known power of swiftly and effectively eliminating outer, inner, and secret obstacles. The short form of the Barche Lamsel prayer is the Six Vajra Lines prayer. Both are available on the Lhasey Lotsawa Library here and here.

Chokling Rinpoche himself taught about this condensed powerful prayer, which may be viewed here.

The Ngakso Drubchen is essentially the Tukdrub Barche Kunsel Drubchen combined with the invocations of the Peaceful and Wrathful Deities (Shidro) with the extensive confession prayer the Narak Kongshak, associated with Vajrasattva, which is available on Lhasey Lotsawa Library here. 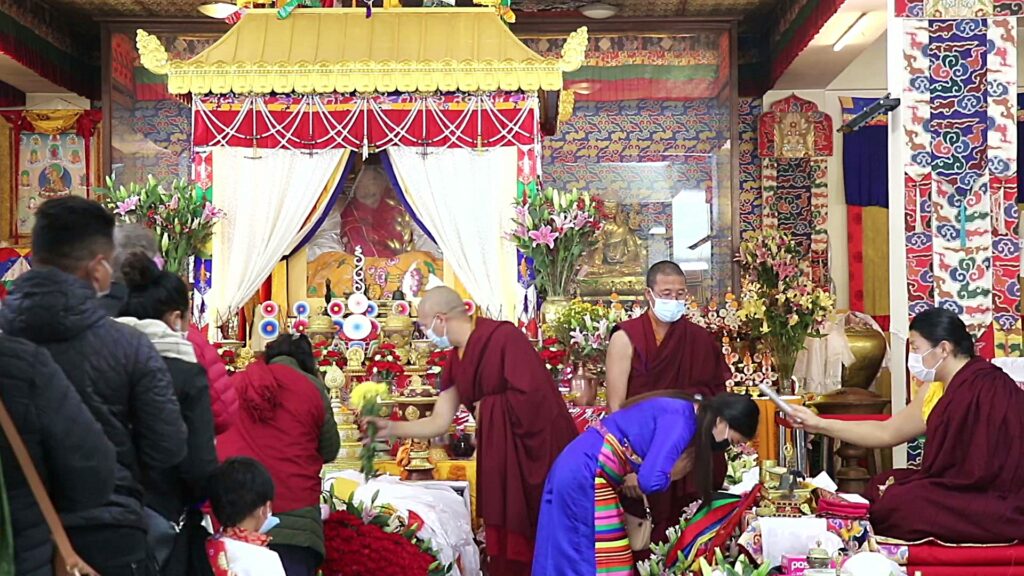 The Narak Kongshak is a well-known, powerful confession and fulfillment prayer from the Narak Dongtruk Tantra (Emptying Samsara from Its Depths). The essential mantras of the Ngakso will be recited day and night in an unbroken continuum by shifts of monks, nuns, and lay participants. These mantras are:

One can listen to Tulku Urgyen Rinpoche’s student, the nun Ani Choying Drolma, chant the essential mantras of the Ngakso Drubchen in an inspiring and heartfelt manner here.

Extracted from among the forty volumes of the Chokling Tersar, the melodious sadhana practice is especially effective for restoring broken samaya (spiritual pledges), strengthening the bond between student and spiritual teacher, and dispelling obstacles in the bardo state for those who have recently passed away. The puja consists of two parts carried out daily: morning sessions are devoted to visualization and the mantra recitations described above, which invoke the blessings of the Lord of the Padma Family Amitayus, the Compassionate Noble One Chenrezig, the Master Guru Rinpoche Padmasambhava, his Twelve Manifestations, the Peaceful and Wrathful Deities, and Vajrasattva. Afternoon sessions feature very touching and profound confession and tantric purification practice known as the Narak Kongshak, as well as empowerments and a special ganachakra puja (feast-offering).

According to Orgyen Tobgyal Rinpoche:

Another story shared by Orgyen Tobgyal Rinpoche is the following:

“It is taught that the only good quality of negative actions is that they can be purified. And it is true to say that if we visualize the peaceful and wrathful deities, the buddhas of the five families and so on in the sky before us, and then prostrate ourselves before them, while confessing our misdeeds with heartfelt regret and resolve never to repeat them, they will be purified. We should be confident about this.”

The Ngakso Puja is a Vajrayana practice of mending and purification for restoring the commitments of all four Buddhist vehicles: namely, the pratimoksha precepts (vows of individual liberation) of the two vehicles of the Shravakayana and Pratyekabuddhayana, the bodhisattva vows of radical altruism of the Mahayana, as well as the samaya commitments of the Vajrayana systems.

From Monlam.org: “The main focus of the practice is that the world around us, whatever appears and exists, is a celestial palace, while the male and female sentient beings are all dakas and dakinis. All sounds are mantra, and all thoughts and emotions are pure wisdom. This is the key point of this drubchen, the great accomplishment: pure sights, sounds and awareness. This means whatever we see with our eyes is the pure form of the deity. Whatever we hear with our ears is the sound of mantra. And whatever we think, all our thoughts and mental activity, is actually the enlightened vajra mind, the self-existing wisdom. This is what the practitioners maintain in their mind as they accomplish the practice. This is the essence of the training in the Mahayoga Inner Tantra [among] the nine vehicles of the Dzogchen path.”

May Tsikey Chokling Rinpoche be swiftly reborn for the sake of all wandering beings, and may all be auspicious!