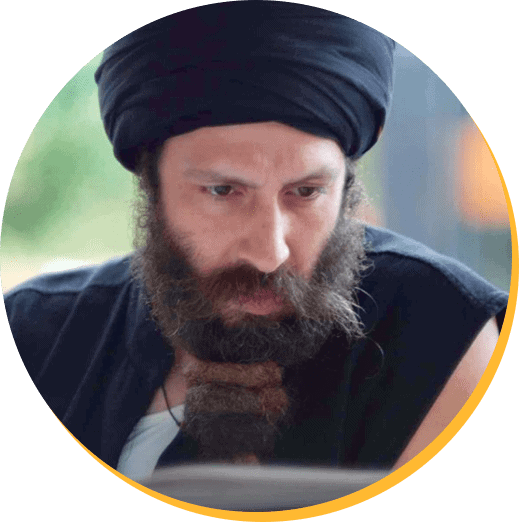 Somānanda Yogi has had the great fortune of studying the Buddha Dharma under very kind and knowledgeable teachers from the age of 13, when he first began his studies in the Theravada tradition of Buddhism while living in New York. Aspiring to devote himself to the Buddha Dharma in its entirety, he traveled to Asia where he received teachings in the Mahāyāna and Vajrayāna traditions. Alongside his practice of the Buddha Dharma, Somānanda Yogi is a serious practitioner of traditional medicine, yoga and other methods from the Buddhist tradition.

He has spent much of his time studying throughout south and southeast Asia, especially Thailand, Burma, India and Nepal, where he focused on Traditional Thai and Lanna medicine as well as Ayurveda and Yoga. Though he has completed medical training in a formal curriculum, much of his medical education and yoga studies consisted of apprenticeships with experienced teachers and practitioners. Passionate about preserving these traditions that continue to compel him each day and with strong encouragement to share the information he has received from his teachers with others, Somānanda Yogi now travels the world treating patients, helping those in need, instructing, lecturing, writing and serving as an attendant to his teachers. He has immense gratitude and respect for all those who have kindly guided him and supported him throughout his practice.