For those who wish to combine their practice with more thorough study and learn in greater detail about the vast and profound Buddhadharma, there is the Nine Yānas Path. For as Buddha himself said: 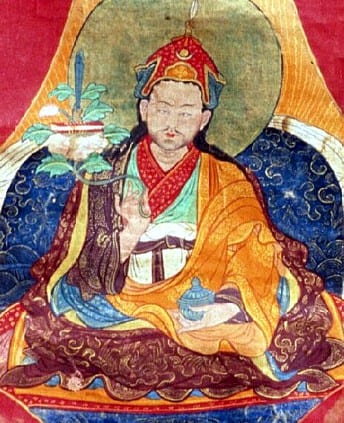 Each stage of this graded Nine Yānas Path contains detailed study, reflection, and meditation. It also leads one through both the outer and inner tantras, thus covering the entire path to enlightenment from beginning to end, and is based on the blessed treasure teachings of Padmasambhava revealed by Chokgyur Lingpa in the 19th century.

What Are the Nine Yānas?

The Sanskrit word ‘yāna’ means vehicle, a set of teachings that when practiced ‘carry’ one to the level of fruition.

Buddha Śākyamuni gave a huge variety of different teachings in order to tame different sorts of people, who all have their individual capacities and inclinations, yet Buddha also explained that all these different paths and vehicles arrive ultimately at the same point — perfect, complete enlightenment. All the different paths that the Buddha taught are complete within the Nine Yānas.

Why Practice the Nine Yānas?

Practicing the Nine Yānas gives us an invaluable framework with which to better understand and implement the Buddha’s precious teachings. By studying, contemplating, and meditating in stages like the levels of a staircase, we can gain realization more swiftly. As Buddha taught:

Just as the steps of a staircase,
You should also train step-by-step
And endeavor in my profound teachings;
Without jumping the steps, proceed gradually to the end.

Just as a small child
Gradually develops its body and strength,
The Dharma is that same way,
From the steps of entering in the beginning
Up until the complete perfection.

From among the Nine Yānas, first come the three outer vehicles, which belong to the sūtra teachings:

Hīnayāna (The Teachings of the Pāli Canon)

Within the Vajrayāna, first come the three outer tantras which are based on the sūtra teachings, but with a touch of the practice of mantra. These are:

The last three yānas within the Vajrayāna that employ the powerful, transformative methods of the inner tantras are:

The Mahā, Anu, and Ati teachings emphasize the skillful means of the development stage, the wisdom of the completion stage, and the non-dual unity of the great perfection, respectively.

Phakchok Rinpoche’s teachings on the Nine Yānas are unusually complete and detailed, following a carefully structured set of study and practice materials. Rinpoche has compiled books for each yāna containing a collection of texts by Indian paṇḍitas, Tibetan mahāsiddhas, and words of the Buddha himself. Using these texts as a basis, during the annual Nine Yānas retreats Rinpoche unravels the essence of each yāna’s meaning and explains in detail how to train in and implement these teachings in all aspects of our lives.

Students also receive the empowerments for the specific sādhanās for each yāna. These sādhanās belong to the Rigsum Nyingtik (the Heart Essence of the Three Enlightened Families)—a branch teaching of the famous Three Sections of the Great Perfection (Dzogchen Desum) revealed by the great tertön Chokgyur Lingpa. This cycle of sādhanās invokes the three protectors Avalokiteśvara (compassion), Mañjuśrī (wisdom), and Vajrapāṇi (power) as deities whose form transforms yāna by yāna.

Depending on your background, it takes an average of ten to eleven years to complete this entire course.