Riwo Sangchö is a very beneficial and well-known puja for clearing our karmic debts and for cleansing obstacles in the outer world as well as our own obstacles of the mind. On February 27, 2021, this profound cleansing offering practice was led from the main shrine room at Asura Cave by Phakchok Rinpoche along with the three-year retreatants, who are practicing there.

The merit of this practice was multiplied as it took place on the day of Chötrul Düchen, meaning “Great Day of Miraculous Manifestations.” It is one of the four Buddhist festivals commemorating four events in the life of the Buddha. Chötrul Düchen takes place on the fifteenth day of the first month in the Tibetan calendar during the full moon, which is called Bumgyur Dawa. The first fifteen days of the Tibetan lunar calendar year celebrate the fifteen days during which the Buddha displayed miracles for his disciples so as to increase their devotion. During this time, it is believed that the effects of both positive and negative actions are multiplied ten million times.

So that everyone so inclined could practice together in this great vajra net of accumulating merit, the smoke offering was live-streamed via YouTube. Before the practice commenced, Phakchok Rinpoche offered an introductory teaching which we present below in Chinese translation.

Riwo Sangchö is a terma that was hidden by Guru Rinpoche and revealed in the seventeenth century by the great yogin and tertön Lhatsün Namkha Jikmé. Lhatsün Namkha Jikmé was an incarnation of both the great pandit and Dzogchen master Vimalamitra, who attained the rainbow body and of the omniscient Longchenpa.

In accordance with an earlier prophetic declaration of the dakinis, the famous cycle of terma teachings called Rigdzin Sokdrup, ‘Accomplishing the Life-Force of the Vidyadharas’, emerged in a pure vision while he was in retreat in the cave of Lhari Rinchen Nyingpuk at Drakkar Tashiding. These teachings, of which Riwo Sangchö forms the mengak, or innermost instruction, are unsurpassed instructions on Dzogchen Atiyoga.

Through his intensive practice of Riwo Sangchö, Lhatsün was able to remove all human and non-human obstacles to the Dharma in the sacred hidden valley of Beyul Demojong (present-day Sikkim), opening it as a ‘secret land’ of the teachings. Because of this, he was able to teach and propagate the Dharma in Sikkim.

The purpose of Riwo Sangchö is to realize the perfection of wisdom, by accumulating merits through two main aspects of practice: offerings, and purification—especially of impurity and of obstructions.

According to Dodrupchen Jikmé Tenpé Nyima:

It is by making illusory offerings through illusory practice that we can complete the gathering of illusory accumulations. Through this cause—namely the accumulation of merit—we can gain the result, which is the perfection of wisdom. Four such methods that involve very little difficulty and yet are exceptionally meaningful and beneficial are the offerings of sang, water tormas, sur, and one’s own body. The individual who practices these regularly and diligently will gather the accumulations, purify the obscurations, and, in particular, will pacify any obstacles and factors that prevent the accomplishment of the Dharma and awakening in the present lifetime, becoming free of them like the sun emerging from the clouds. Since they also support our progress along the path leading to the supreme attainment of Dzogpachenpo, it makes sense for us to put our energy into practicing them. 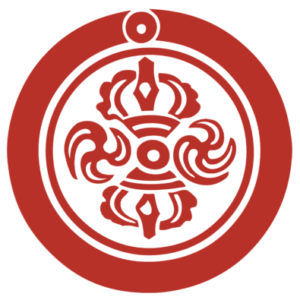