The New York City Dharma Stream Group recently held its weekly meeting on the eve of Losar at the Dharma House New York City located in Queens, New York. The Dharma House is the fruit of the work and aspirations of students – including former nuns and monks of Chökyi Nyima Rinpoche.  Through their diligent efforts, they have procured a space and transformed it into a place for gatherings, both for followers of Chökyi Nyima Rinpoche, other Buddhist groups and members of the community.

Through the kindness of the founders of the Dharma House, the New York City Dharma-stream group has an open invitation to gather at the Dharma House for its weekly meetings. For several weeks, amongst the gorgeous thangkas sent directly by Chökyi Nyima Rinpoche and beautiful background paintings, the group has practiced, viewed the video teachings of Phakchok Rinpoche, discussed the Dharma and shared their experiences, together with tea and snacks. Over the years it has been gathering, the group has experienced the lessons of impermanence — one of the “four mind-changings” it practices each week — as necessity has required them to move frequently to new locations. The unexpected delights of impermanence have brought them to meeting generous and kind hosts and their unique spaces. With the Dharma House as its newest home, the group is meeting in perhaps its most inspirational space. 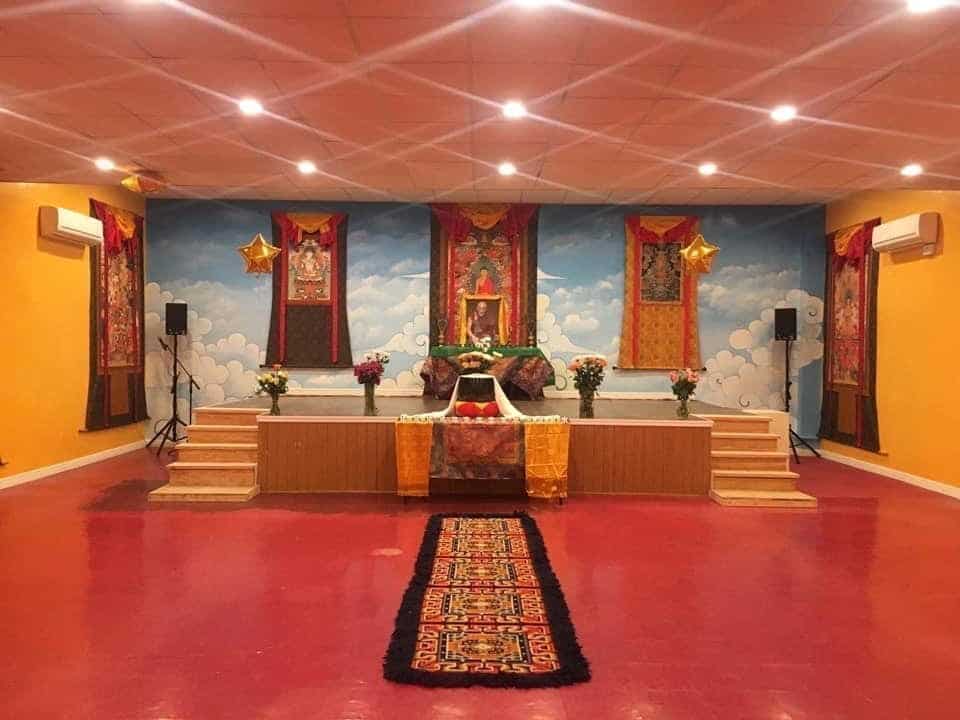 The Dharma Stream gathering on the auspicious day of the eve of Losar included a celebration of sharing momos delivered from a local momo shop (a great benefit of being in Queens with its large Himalayan population!) together with some of Chökyi Nyima’s students.  “The space is a wonderful result of the efforts of both Western and Himalayan students of Chökyi Nyima and it is a blessing,” said Ellen Scordato, Dharma Stream NYC Group member. “The Western students will benefit greatly from the depth of learning and devotion that the former nuns and monks bring to the Center,” said Dharma Stream NYC group member Leigh Cheng.

It was a great evening for all and many wishes for a “Losar Tashi Delek!” were exchanged!