The ninth annual Sādhana Ritual Course successfully concluded on Dec 22. The participants received the accumulated siddhi substances from the shrine and joined in a long thanksgiving tsok pūjā to celebrate the retreat on that auspicious
This year’s instruction focused on the Trinley Nyingpo and Pema Khandro sādhana practices from the lineage of the New Treasures of Chokgyur Lingpa (Chokling Tersar). The main points of practice, including chant melodies, mudrās, visualization, theory, and musical instruments were taught by Drupla Sherab Dorje, a senior lama of Ka-nying Shedrub Ling monastery. The torma and shrine arrangements were taught by Tsundru Gyaltso, and Oriane Lavole and Lowell Cook translated into English. 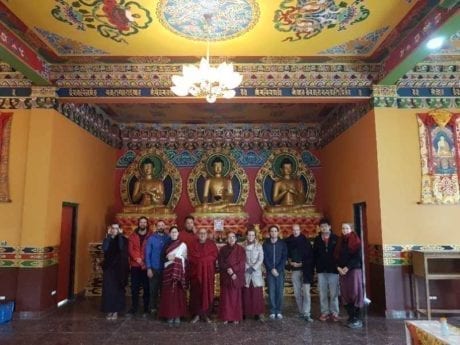 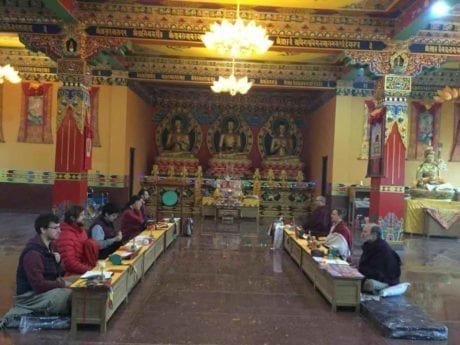 This course was held at a new monastery, Ngedon Shedrup Phuntsok Ling near Budhanilkantha in Narayantan, Kathmandu. It was the first program held at the site, which will continue to be the home of the course in future years.
The necessary empowerments and reading transmissions for the sādhanas were given at the beginning of the course by Kyabgön Phakchok Rinpoche.Participants attended from Ukraine, Mexico, Brazil, Norway and USA.

Next year course in Nepal will begin shortly after the conclusion of Chokyi Nyima Rinpoche’s Seminar Retreat, beginning at the end of November and lasting for most of December, and include Trinley Nyingpo training, as per the intent of Phakchok Rinpoche.We hope many in the sangha may begin to make plans now to join next year.

Tulku Migmar Tsering Program in the US – March 2019