Questions on karma have come up repeatedly. Here, in this teaching session, Phakchok Rinpoche responds to some student questions about karma. First, a student asks if we should think of karma like a linear chain or a DNA code. Rinpoche explains that we are impacted by our past lives and he believes that 100 percent. But it is hard to know how much we remember about our past experience. We can see how our past lives influence our emotions and our attitudes. Rinpoche explains, however, that we should not always expect that karma plays out in a linear fashion. Sometimes karmic effects are more subtle and not so directly observable: they may loop around in different patterns.

An example can help us understand the workings of karma. We may sit down to meditate and at that very moment we don’t have any conditions to be angry. We may have all experienced something like this. We’re meditating, right – and we’re completely quiet – but suddenly, out of the blue, we become angry! That happens, right? And Rinpoche says that for him, this is proof of karma because it happens so suddenly without any obvious and immediate condition. This is how karmic moods can overtake us. When karma is ready to ripen, this is what happens. The karma can be this life’s karma or a past life’s karma. So the results we experience now are partially from this life and partially from previous lives. We really can’t know. 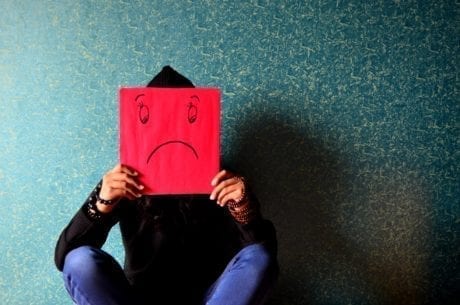 For example, Rinpoche says that if one of us were to criticize him saying, “Oh, Rinpoche you’re such a bad guy!” now, he might feel surprised. That is because he received the impact of our words, but he also understands that this criticism is the result of his own karma. From the critic’s side, however, there is a new action – so a new karma is created, the karma of the harsh words. From Rinpoche’s side, he explains, he is newly receiving the result of his karma. Here is an important moment, because in this new moment of hearing, Rinpoche has a choice. If he reacts back with anger or nasty words, then he would create more bad karma. If instead, he takes this as practice and does not react, then the outcome is very different. That’s why we have to understand that we have a choice. We need to understand that karma follows the mind, not the body. The receiving consciousness feels the effect of the karma.

Now we can understand that the person who criticizes you has created a new karma. Even if Rinpoche, from his side, has not responded and has accepted the criticism as ripening, the person who spoke angrily has created their own karma. Rinpoche has resolved his own karma by changing his attitude and using the situation to make positive karma. The critic still as acted, however, and thus created negative karma. That’s why we have to understand that there are two consciousnesses taking part in these karmic actions and results: the actor and the receiver.

Not Swinging with karma

Even if one person has a certain karma that is due to ripen, we have a choice as to how we act. If a group of practitioners are in retreat together and practice mindfulness, they will choose not to act or react badly. Because they have practiced well, their minds are strong so they will be careful and conscientious in their actions. But for normal people like us without strong minds, it is not so easy. Karma then can create strong emotions or moods – that’s why we may suddenly get angry, or upset, or happy – and we don’t seem to have any control. Our minds swing back and forth crazily without any stability. That is the “swing” of karma: we see it with our changing and fickle moods. Yet if we don’t “swing” with karma, it cannot do anything to us.

As a final thought, it is important to know that the present mind has more power than our past karma. Rinpoche reminds us that we can purify our previous bad karma. We have the choice to completely free ourselves from this karmic cycle. But we must resolve to actually do this now!

Perhaps you snap at others when you are criticized or teased.  If this is a pattern for you, can you instead, choose not to react?  That doesn’t mean you have to buy into the criticism or feel terrible about yourself.  But, instead of creating karma, can you say to yourself–“Nope!–I’m not going there!” and instead take some deep breaths.  Maybe even hear the criticism and take time to see if there is wisdom in the words.  You may just be surprised to find some kernel of truth.  Or, you may realize that that another person is in pain and is acting in their own habitual ways.  In that moment, you may feel some true compassion!

Reflect without Judgment and Expectation

Being Honest and Modest

Have Patience with the Teachings!

0 responses on "Questions on Karma: Choosing Not to Swing"