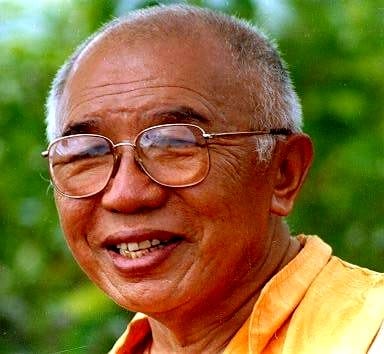 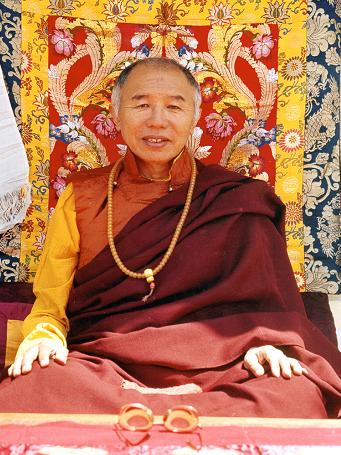 Each year, practitioners at Ka-Nying Shedrub Ling monastery in Boudha, Nepal commemorate the paranirvāṇa  of Kyabje Tulku Urgyen Rinpoche.  They perform the Ngakso mending and purification practice for one day. The disciples and lineage holders of Tulku Urgyen Rinpoche then may mend their samaya connections. In addition, all with faith and confidence may connect with the wisdom mind of this enlightened master.

Terchen Chokgyur Lingpa [1829-1870]  arranged the practice. In English, we translate it as the ‘Ocean of Amrita’. Chokgyur Lingpa followed instructions he personally received from Guru Padmasambhava.

Tulku Urgyen Rinpoche was the great-grandson of Chokgyur Lingpa. Also, he was one of the chief lineage-holders of the Chokling Tersar.  Moreover, Tulku Urgyen revived the tradition of regularly performing the Ngakso in a large gathering.

The purpose of the practice

The practice combines the mandalas of the one hundred peaceful and wrathful deities. Additionally, it is part of the Guru Rinpoche cycle of Lamey Tukdrub Barchey Künsel. The particular aim of this extensive vajrayāna ritual practice is to purify the damaged and broken vows and samayas of all three vehicles. Finally, we then restore them and also retake the path empowerments.

Supplication: What and Why?

Being Benevolent to Your Neighbors

Preparing to Die, Learning to Live