All About Water Bowl Offerings

Water offerings are a tradition was accepted by the masters of the past as a practice unique to Tibet. It is the most common offering of Tibetan Buddhism.

Water offerings are probably the most common offering made in Tibetan Buddhism. As practitioners, we can easily understand how to join in this activity. But we can also appreciate the profound meaning of this practice. In this excerpt from Khenpo Gyaltsen’s A Lamp Illuminating the Path to Liberation: An Explanation of Essential Topics for Dharma Students, Khenpo explains the tradition of this offering.

How to Make Water Offerings, and their Benefits

This tradition was accepted by the masters of the past as a practice unique to Tibet, established there by the peerless master Atiśa and not found in any other land. The story goes that, when he first arrived in Ngari, Atiśa was exceptionally taken with the landscape of the region. It made him think that one could accumulate limitless merit by simply offering water to the Three Jewels using the pure groundwater so readily available in Tibet. Thereby, the tradition of making water offerings is said to have originated in that region.

According to Gendün Chöpel, however, this tradition had already long been propagated in countries such as India and Burma. Water offerings are said to have more powerful benefits than other material offerings, including even gold and silver. This is because water is unlike any other offering substance, for rich and poor alike can relinquish water more easily than any other offering substance. It can be offered without regret, untainted by stinginess and the like, for the sake of merit and virtue.

How to Make Water Offerings

When you make a water offering, it is best not to be attached to a specific number of offering bowls and to just offer as many bowls of water as possible. In general, it is not absolutely necessary to offer seven individual bowls except when making the seven traditional types of offering (drinking water, rinsing water, flowers, incense, lamps, perfumed water, and food). In olden times, offering bowls made of precious materials such as gold, silver, copper, and bronze, as well as those made of iron, were rare. Nevertheless, earthenware offering bowls and vessels are said to contain all the five precious substances, and so were regarded as important.

When collecting them, they should be gathered up from the left. If possible, you should use separate containers for offering the water and for collecting it.

The actual water to be offered should ideally be endowed with the following eight qualities:

Cool, tasty, and light,
Soft, clear, and odorless,
Not harming the throat
Nor the stomach when drunk—
These are the qualities eight.

As stated above, the eight qualities are cool, tasty, light, soft, clear, odorless, not upsetting the stomach, and not harming the throat when drunk. If you cannot get such water, there is nothing wrong with offering the water you regularly drink yourself.

How to Adjust Your Initial Motivation When Making a Water Offering

As was said by the protector Nāgārjuna:

Thus, if one is able to generate the motivation that thinks, “In order to attain the state of buddhahood for the benefit of all my mother sentient beings, I will first make offerings to the Three Jewels in order to accumulate merit!” then the entire karma of the actual practice of making water offerings will become virtuous.

If the root itself is medicine, then the branches become medicine.

What should you recite when making water offerings? It is said that one should recite om ah hum as much as possible and sprinkle the offerings with clean water in order to consecrate them. This is done in order to make the offerings unassailable to non-humans and the like. If one wishes to make the practice more elaborate, one should recite the dhāraṇī of increasing offerings, along with such sacred verses for making offerings as are appropriate to the situation.

Chanting the three syllables mentioned above, one imagines the blessings of the enlightened body, speech, and mind of the victorious ones and their heirs in the form of countless om ah hum syllables descending and dissolving into the offerings.

The dhāraṇī of increasing offerings is as follows:

If you recite this dhāraṇī seven times, or even three times, or just once, a great rain of offerings will descend before all the victorious ones and their heirs.

If on certain occasions you need or wish to recite a sacred verse while making the offerings, you can use the following:

HUM! This pool of nectar, replete with the eight qualities, I offer to the Bhagavan and to his retinue. Through their acceptance, may the accumulations be complete for both myself and all beings, And may all our obscurations be purified! May we be saved from the depths of samsara!

One night in a dream, deluded appearances arose in which a pure woman claiming to be the ḍākinī Susiddhi spoke this entire verse for making water offerings, along with an aspiration for the benefit of beings. It was written down by the mendicant Dudjom Dorje. May it be virtuous!

It is said that there is no difference between directly offering to the victorious ones and offering to those who have already passed into parinirvāṇa;

From the Noble Ratnakūṭa Collection:

O Great Sage, the karmic fruition of making offerings to the bhagavans, who have already passed into parinirvāṇa; or to those who presently remain, is equivalent. It is identical. It is the same. This I have explained. Why is that? It is because the tathāgatas are distinguished by the dharmakāya, not the rūpakāya. Therefore, since making offerings to any of the tathāgatas who presently remain or who have already passed into parinirvāṇa;  is of equal merit, there is not even the slightest difference in merit between the two.

Also from the sūtras:

Venerating me now and
Venerating my relics later
Are both of equal merit and result.

Thus it is taught in the Karmavibhāga–sūtra that there are ten benefits of joining your palms together in front of stūpas of the tathāgatas, for instance:

This teaching is an excerpt from A Lamp Illuminating the Path to Liberation: An Explanation of Essential Topics for Dharma Students by Khenpo Gyaltsen (translated by Lhasey Lotsawa Translations, Nepal: 2014, pp. 86-92). 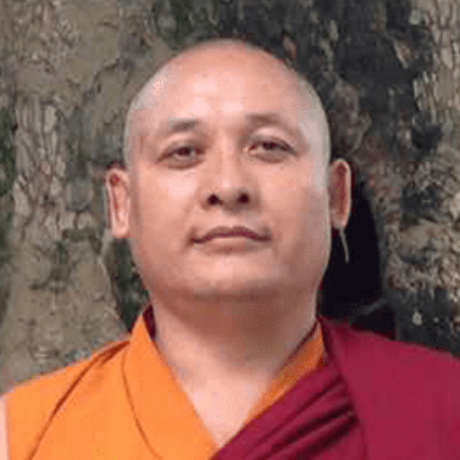 Khenpo Gyaltsen is a popular teacher at the Sangye Yeshe Monastic Shedra at Ka-Nying Monastery. International students also enjoy his philosophy classes at Rangjung Yeshe Institute, affiliated with the University of Kathmandu.
All Posts 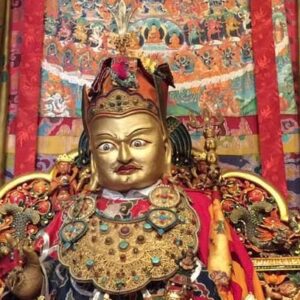 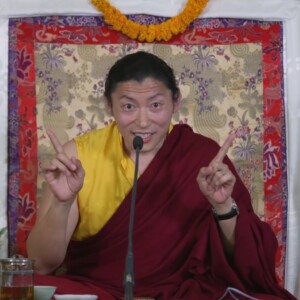 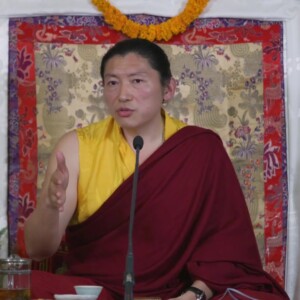 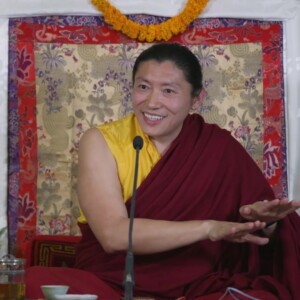 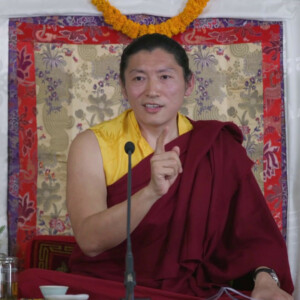 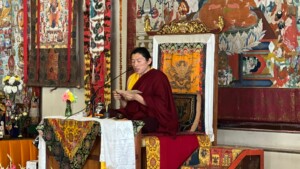 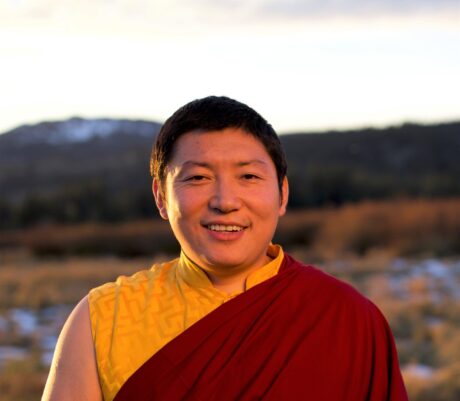 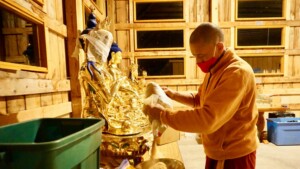 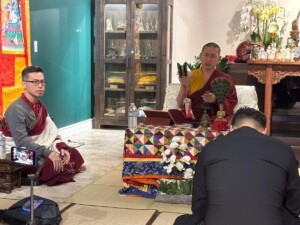 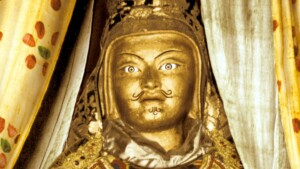 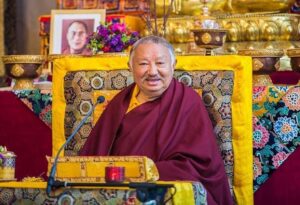 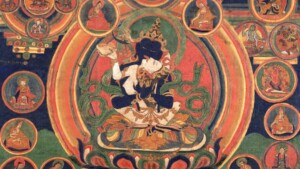 All About Water Bowl Offerings