Please know that what follows is simply my dream, which may not be your dream.

I have had the unique opportunity (some may not perceive it as such) to have practiced in Vajrayana as well as Soto and Rinzai Zen schools. This is not the result of schizophrenic guru shopping, rather the path has been organic and natural, in the spans of much of my adult life. When I was much younger, seemingly in a different incarnation, I had the good fortune to have trained in mind changing, ngöndro, and millions of mantra recitations. Naturally Guru Yoga was part of that evolution, but I struggled. One issue was “who” was struggling, but I did not see that initially.  In its own time the vessel ripens. My time may not be your time. Devotion is non linear process, and the container needs to be open and ready, which is why the “preliminary” training is the most important training. Looking back I am in accord with those who understand these foundations as the most gracious lessons that can be imparted.

Years later, among other busyness, I am now a formal zen student. But I have long been attracted to Kyabgon Phakchok Rinpoche, as a bee is attracted to nectar.  I don’t understand it, and I don’t need to. Karmic bonds for sure. And though I have a few teachers in a few schools whom I love, Kyabgon Phakchok Rinpoche is my heart teacher; as under his tutelage I was able to feel the initial crack in my heart, and the opening of my mind. When I first came to Gomde New York, someone, knowing of my zen training, asked “why are you here?” I responded “because I love that man”.

Grace and devotion are not separate, they are two sides of a coin. Devotion is grace, and grace is devotion. As stated they are not linear, nor can they be forced. They are stages which flow through one another as ying flows through yang. But for me it starts with love for the teacher, which initially is quite dualistic, though in my dream it gradually transforms to non dual radiance. In zen world they call this radiance “komyo”. This spark, this love, is the grace which becomes expansive.  In Vajrayana we might begin to see everything as guru. In zen world we might begin to see, in a similar fashion, boundaries between self and other dissolving. Simply stated, there is no separation in either scenario.

Grace kindles devotion, which kindles grace. In other time, devotion kindles grace, which kindles devotion. Fore and aft, relative and absolute, devotion and grace, constantly flowing and integrating. Nothing is static in this realm of ever changing impermanence. Surfing groundlessness within this panorama, it is impossible to forget the all pervasive radiance, which is beyond light and bright, and, of course, the kindest teacher who points the way.

Craig Davis lives with his wife (Sandy) and dog (Lucy) in Lakeville, Connecticut. Three grown up children and six grandchildren under the age of seven live within very reasonable proximity, contributing to an odd brew of unconditional love and chaos. Craig is a student of Kyabgon Phakchok Rinpoche and is also aformal zen practitioner. He is Vice Chair of the Board of The New York ZenCenter for Contemplative Care, national thought leaders in the field of contemplative caregiving for the sick and dying. www.zencare.org 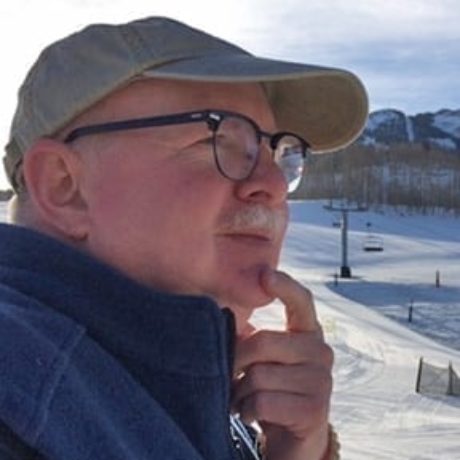 Craig Davis is a student of Phakchok Rinpoche and is also a formal zen practitioner. He is Vice Chair of the Board of The New York ZenCenter for Contemplative Care, national thought leaders in the field of contemplative caregiving for the sick and dying.
All Posts

Devotion and the Guru's Grace