From Physics to Dharma: Becoming Kinder and Happier

“If you could take and weigh all the smoke, ash, and all the other stuff left over after a fire, it would be heavier than what was burned”, my step-father explained.

I had just finished insisting that fire was a destructive force. My step-father, as he always did, pushed me to think a little deeper. This idea blew my young mind, that something could, at once, be both destructive and creative.

I proceeded to devour volumes on basic physics, the nature of matter, atomic structure, and quantum mechanics. My friends thought I was a bit nuts – we were 14 and 15 years old at the time. I didn’t care.

For years I’d had a fascination with fantasy and science fiction — the mysterious side of the world. Deep down, I felt like there was something missing like there was some hidden secret about the world that no one was telling me. With science, I thought, I’d found that secret.

From my reading, I discovered that our universe doesn’t play by simple intuitive rules. The true nature of reality is so bizarre that it almost defies belief. Take Einstein, one consequence of his Theory of Special Relativity is ‘Relativity of Simultaneity’.

This mathematically-derived law of nature has been repeatedly affirmed in real-world experiments. It states that the order and location of events are subjective; that when and where something happens depend on the position and motion of the observer. This means that it’s not possible to know something absolutely.

The incredible progress of science in our modern age relies on its rejection of dogmatic tradition. It success in describing our world stems from a multitude of contributors, each encouraged to inquire and build on or challenge the thinking of their predecessors. I thought that this way of thinking was unique.

But I was wrong.

Religion seems to be an unlikely place to look for open-minded inquiry. Many religions discourage questioning basic beliefs, but it is my understanding that Buddha Shakyamuni taught the opposite, that questioning is essential.

Growing up in a small town in the United States, I didn’t know much about Buddhism. I’d heard Buddhists believed that reality wasn’t real, that the universe was just a big illusion. I dismissed this as nonsensical nihilism.

Even after my mother visited Tibet in 2001, returning with wonderful stories about profound and meaningful experiences, I had little interest. The universe was far too amazing to be an illusion. Science told me so! It wasn’t until I moved to China in 2006 that I gained a more nuanced view.

It was that year that my girlfriend (now wife) and I moved to Beijing. For the first month, I wandered around dazed, wondering if I was dreaming. To say I was suffering from culture shock would be a great understatement.

A friend suggested I try meditation to help me cope. It worked! The same friend passed a couple of books to me. As I learned more about dharma practice, I realized the flaws in my thinking of Buddhism as nihilistic. It was the true teachings on the nature of reality that really grabbed me.

The concept, ‘form is emptiness’, that had seemed absurd now grabbed my thinking like nothing else. I had thought it meant that things weren’t real but that was wrong. Really, what it meant was that nothing existed independently of everything else, that there weren’t any hard lines, at least none outside our minds. The idea that our perceptions of the physical world depends on our thinking paralleled almost too perfectly the physical laws of the universe as described by modern science.

This brings me to my struggle over the past year. Which one is it? Science or dharma?

There is a fundamental rift there. Basically, the dilemma is the direction of causality, does reality cause consciousness or the other way around? From what I’ve read, most scientists subscribe to the former. They believe that our awareness is the result of chemical and electrical activity inside our bodies.

I really struggled with this idea because I couldn’t find arguments that really convinced me on either side. Most dharma texts focused on reincarnation or on elements of practice that I hadn’t experienced yet. Science was likewise unconvincing. Their arguments seemed too simplistic, focusing on the fact that drugs can alter awareness. I wasn’t satisfied.

Eventually, after a lot of reflection, I realized the answers I sought were there from the beginning.

In science, when observing the physical world, it’s not possible to know anything with absolute certainty. Despite this haziness, we still go about our lives, feeling, thinking, experiencing, questioning, doing.

My mood, how I perceive the world, my actions — all these depend on choices and events, some my own, others beyond my control. These experiences are changing every moment but what doesn’t change is that I keep having them.

That point is the point.

Dharma isn’t trying to deny the reality of all these fluctuating experiences, it’s leading us toward the reason they keep happening.

Phakchok Rinpoche puts it very well in a teaching I attended. He said that science and Buddhism agree on just about everything except where thoughts come from. Science, he said, puts thoughts in the brain, says they come from electrical signals.

But, he countered, which comes first, the thoughts or the signals? Scientists, of course, don’t know. According to the laws of nature, it seems like it is impossible to know. Rinpoche gently encouraged the scientists to please stop telling dharma students that thoughts come from the brain until they’re sure.

I have also heard Rinpoche mention in several teachings the depth of Dharma teachings. Personally, I appreciate how comprehensive they are. It seems that there exist teachings and practice that can be applied to all aspects of our daily experience. Dharma doesn’t just help me understand the universe (and it does), it helps me to be a kinder, happier, more conscientious person.

Benjamin Schuellein is an expat, originally from the USA but currently living in Singapore. He teaches 2nd grade.

Have something to share about your Dharma practice and how it has impacted your life? We’d love to hear from you! Drop us a message at support@samyeinstitute.org 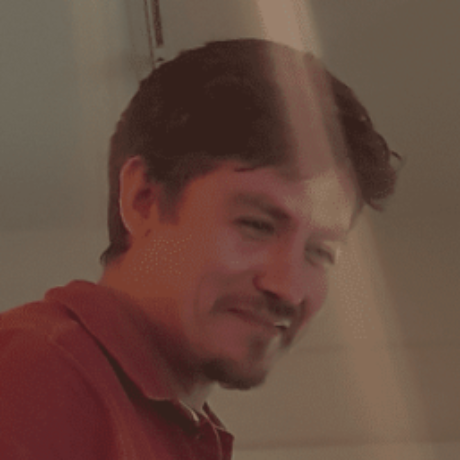 Benjamin Schuellein is an expat, originally from the USA but currently living in Singapore. He teaches 2nd grade.

From Physics to Dharma: Becoming Kinder and Happier