Last year in September 2018, at Gomde Germany-Austria located in the beautiful Austrian Alps, I met Phakchok Rinpoche and Erric Solomon for the first time. They introduced the newly-released book “Radically Happy.” I had a glimpse inside the book and became infected by its beauty and simplicity—a language and examples that resonated with my life. So, I bought it, started reading and applying the first couple of chapters.

At the same time, a handful of people felt very curious about diving deeper into the teachings of Phakchok Rinpoche. Together we started the first Dharma-stream group in Vienna, the capital of Austria. We are a small but dedicated group and really love the inspiration of the online teachings. The conversational exchange afterwards is about challenging our “beliefs and understanding.” It’s not all about the Dharma teachings—it’s the practice in daily life. We share our questions and doubts as well as our small little successes, like how we overcome the three poisons in circumstances with family, during work or in traffic jams…

When Samye Institute offered an additional online teaching featuring the lessons from Radically Happy, we gratefully took this opportunity to dive in. The videos with Erric are compact and helpful and give a good understanding of the essence in a nutshell, even without thoroughly reading each chapter.

Later we received the great news that the book was translated into German and Erric would be available to introduce it personally in Austria. Yeah! Our Dharma Stream Group decided to invite him to Vienna to give a couple of short workshops. We found the Karma Kagyü Sangha Wien in the city centre and AEIOU in Mödling, a suburb of Vienna, two suitable locations for the events on November 2nd and 3rd 2019.

Erric arrived in Vienna on Thursday, two days early. My husband, Thomas, and I offered him our guestroom. I was a bit nervous about how we would get along with Erric, because we don’t know each other that well. When he arrived, I saw he was very tired from being on the road for the book tour for a couple of weeks. Hence, he took a nap to give his body a rest. Afterwards we decided to have a lazy afternoon at home with me cooking dinner. Christian (who is the initiator of the Dharma-stream group in Vienna and co-organizer of the visit) joined us in the evening and we discussed the program for the next couple of days. Erric was very easy going with whatever requests we had. He was grateful that we had organized the two events and was looking forward to spending time with people who are interested in the topic of Radically Happy.

Getting to Know You—Radically Happy Style

The next day, Erric and I went to Schönbrunn, the main summer castle of our last Emperor Franz Joseph. Unfortunately, the weather was cold and wet and we decided to take only a short stroll through the park up to the Gloriette, a monument that looks like an ancient Greek temple and offers a nice view over Vienna. Nowadays it hosts a cosy cafeteria with local delicacies. Over two cups of coffee and apple strudel, we talked about our “material” and spiritual lives to get to know each other better. He is a reflective and fun conversation partner. It was amazing—within a short time, we were in the middle of personal stories and I felt we could continue talking for hours without getting bored. I also found some helpful replies to question marks on my spiritual path and was very grateful to have the chance to spend time personally with Erric.

In the evening, we went down town for a dinner with some of our Dharma-stream sangha members. We had nice conversations in a relaxed atmosphere, but because it was at the end of the working week, everybody was tired and soon went back home.

On Saturday, Christian offered a small city sightseeing tour (Erric had been here once, about 20 years ago) and invited him to lunch with a friend. They talked about the world and his brother until it was time to travel to Mödling for the first Radically Happy workshop. The shop at AEIOU sells beautiful Buddhist statues, precious stones, incense, interesting books, etc. In the basement the chairs were nicely set up among the statues and an audience of about 20 people arrived slowly.

Erric took a very practical approach to the material and he involved the seasoned participants as much as possible. We did several short meditation exercises from the book so that we could experience immediately what he explained. Some of his stories are especially funny and something we Westerns could relate to easily. I believe Erric is a wonderful bridge builder between the traditional Tibetan Dharma and the European way of thinking. We were also very lucky that we found in Elisha an excellent interpreter who found suitable calm words from English to German (with an Austrian touch). There was sometimes a humorous dialogue intermezzo between Erric and Elisha, which made it very lively.

Afterwards a crowd of people joined together for a communal dinner in an Asian restaurant located close by. Erric sat in the middle and many people used the chance to ask deeper questions about Dharma practice. I think we stayed there at least for another three hours and it felt hard to say good-bye. However, there might be another chance because many were asking Erric to come back next year.

On Sunday we held the bigger workshop in the Karma Kagyü Sangha in Vienna city center. This is one of the oldest Buddhist centers in the country and they are open-minded to receiving teachers from different schools. The Lhakhang is a serene place with a calming aura and a beautiful statue of Buddha and several thangkas and Buddhist scriptures. It feels like home for me.

Before Erric arrived, there was a seminar in the center by a bhante from Germany and I was surprised and happy he stayed on to listen to Erric as well. Erric hosted a three hour workshop and guided several meditation exercises from the book Radically Happy. He replied to all of the questions from the audience in a very modest and honest way. He was not hiding any shortcomings and sharing his knowledge from science as well as from his Dharma practice. It was such a pleasure to listen to him a second time within two days, because he has no standard script to present and even came up with different examples and stories so the few people who knew him from before were not bored.

All the “Radikal Glücklich” books we brought along to the events were sold after having been signed by Erric. Next time we have to take more copies with us to fit the demand.

I believe Erric is a very gifted Dharma “storyteller” from whom we can all learn something. Thank you so much for being with us and sharing your time and wisdom! We are eager to welcome you back soon for more interesting teachings. 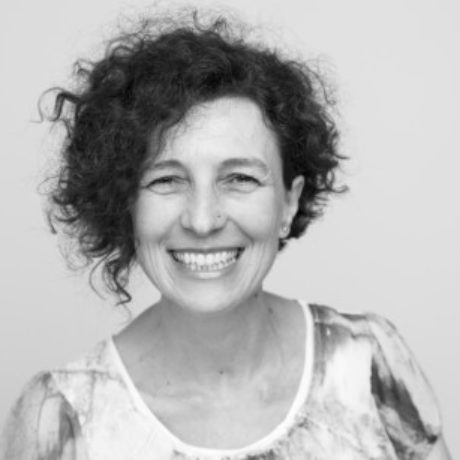 Most of Samye's content is created by our instructors and by sangha members. If you have become inspired by browsing our website and would like to contribute by collaborating on an article in your field of expertise, please contact us. Our instructor and editorial team will be in touch to work with you!