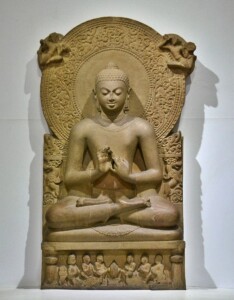 Four Truths of the Noble Ones 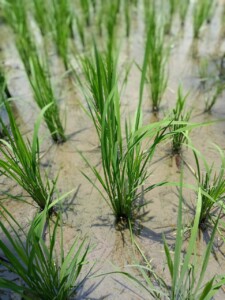 Nagi Gompa Nunnery was given to Kyabje Tulku Urgyen Rinpoche in the early 1960s by His Holiness the 16th Karmapa. In his thirty-three years at Nagi Gompa, he completed a total of two decades in retreat, including four three-year retreats.

This peaceful nunnery is home to a community of over 100 Buddhist nuns who engage in strict study and meditation practice – cultivating the qualities of wisdom, love, and compassion. Forty of these nuns have already completed at least one traditional three-year retreat. Tulku Urgyen himself crafted the three large statues of Buddha Shakyamuni, Guru Rinpoche, and the Third Karmapa, Rangjung Dorje, that dominate the main temple. Numerous important initiations and teachings have been given at Nagi Gompa, attended by many illustrious lamas and tulkus, as well as thousands of lay people from all parts of the world.

Tulku Urgyen Rinpoche also gave regular practice instruction to the nuns and encouraged them to preserve the core practices of the Chokling Tersar tradition. At Nagi Gompa, nuns are trained in classical Buddhist philosophy, ritual arts, and meditation practices. The nuns of Nagi Gompa are famous for their performance of “chod” – a ritualized dance form of Tibetan meditation that they have performed all over the world.

In addition, the nuns practice a Tara puja daily, the Outer Tara Sadhana from the Chokling Tersar, the so-called Sadhana of 21 Praises or of Two Accumulations. This practice is said to be particularly effective in these modern times. The nunnery itself is directly below the Tara Bir Cliff, which is considered sacred to the female buddha of compassion. Tara is the female form of the Buddhas, sometimes called the mother of all Buddhas, and is known to help especially swiftly in times of fear and disruption. Thus on a daily basis, they invoke the fearless, compassionate, and swiftly- helping qualities of the 21 Tara manifestations.

The nuns sing the praises in the melodies transmitted by Mayum Kunsang Dechen, Tulku Urgyen’s consort and the mother of Chökyi Nyima Rinpoche and Chokling Rinpoche. When we listen to those sacred sounds we witness the nuns, because of their faith and mature practice become embodiments of the loving qualities of Tara.

Nagi Gompa also welcomes serious lay practitioners who undertake short and long-term retreats here. The support and kindness of the nuns here ensure that all who practice here have an authentic and excellent experience.

During the devastating earthquake on April 25, 2015, the three-year retreat center and many other structures suffered extensive damage and must be rebuilt if you would care to support the nuns and to make additional offerings to this rebuilding project that is possible here.